Safety of PowerGrit Saws over cut off saws

Petrol disc cutters or cut off saws have traditionally been the go to machine for cutting water pipe the world over. The Problem is they are the cause of many of serious injuries and even deaths in Europe and in the USA.

Often when a pipe is being cut it will drop towards the ends of the cut,  this traps the blade causing the saw to "kickback" hitting the operator in the face with the disc spinning at high speed. 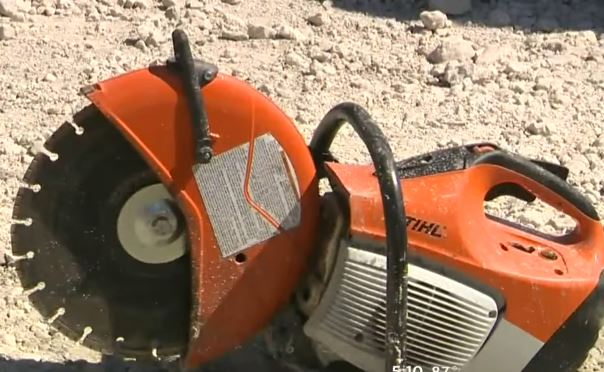 PowerGrit saws are infinitely safer than a cut off saw for cutting pipes in an excavation for a number of reasons. The main reason is the chain on a PowerGrit saw has much less inertia than a diamond disc on a disc cutter as the chains are lighter and travelling slower.

This means that the PowerGrit saw is not likely to "kickback" if the pipe moves and traps the chain. The lack of flywheel on the hydraulic and pneumatic saws means there is even less inertia making them even safer.

The 890 hydraulic saw and the 701 pneumatic saw can be used with a clamp to attach the saw to the pipe for increased saety and accuracy of the cut.

Cut off saws or disc cutters have been banned in some countries for pipe cutting due to the high numbers of serious accidents caused by kick back. In the UK a considerable number of companies suggest disc cutters should not be used for cutting pipe, but unfortunately in reality this rule is often not rigidly enforced.

Fortunately with ICS PowerGrit there is now an excellent, safe alternative to the disc cutter giving companies the ability to ban this outdated dangerous technique.

To cut pipe safely use PowerGrit, not only is it safer the excavations are smaller so the overall repair times are quicker which saves money.

To find out more about ICS PowerGrit please call us on 0121 506 6095 or CLICK HERE to go to the ICS Diamond Chainsaw Section. 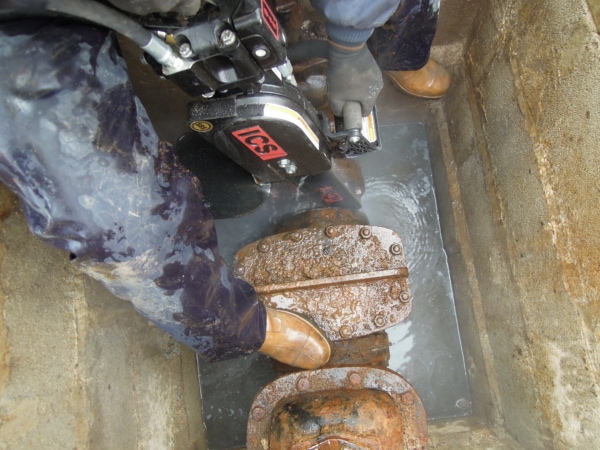 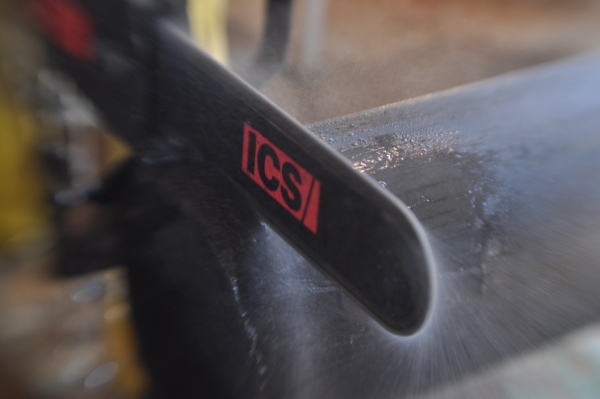 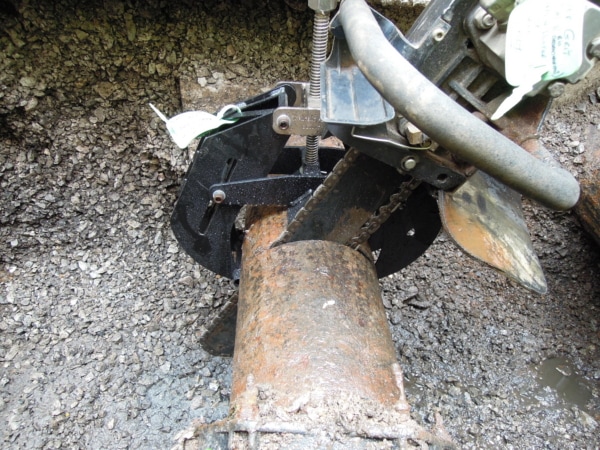 The ICS PowerGrit Utility Saw is a safe pipe cutting system. From ductile iron to plastic pipe, PowerGrit will get you in and out of the job faster, easier and safer than other methods.

These saws are ideal for cutting ductile and cast iron pipe with the standard PowerGrit chains.  They can also cut HDPE & PVC utility pipe and other hard materials such as Greenheart wood, when cutting these materials we recommend you use the PowerGrit XL chain with the coarser grit. 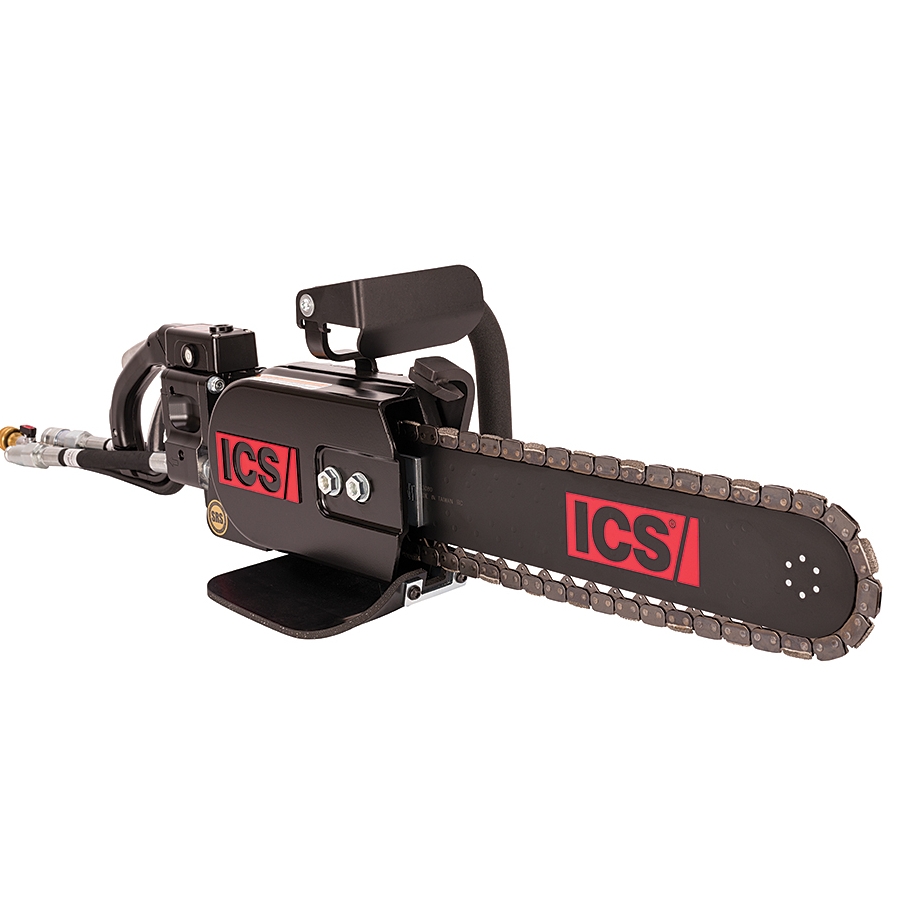