The National Marine Aquarium needed to make some alterations to create a viewing area.

Part of the job was to cut out an eight-metre block wall beneath a tank containing sand tiger sharks, five nurse sharks and ten southern stingrays. In ordinary circumstances, drills or powerful concrete breakers would have been used to bash through the wall. Noise and vibration were an issues as this would casue distress to the fish and could effect the structual integrity of the tank.

Due to the sensitive nature of the animals swimming above, EC Hopkins provided diamond chainsaws as the quiet, vibration-free method of removing the wall. 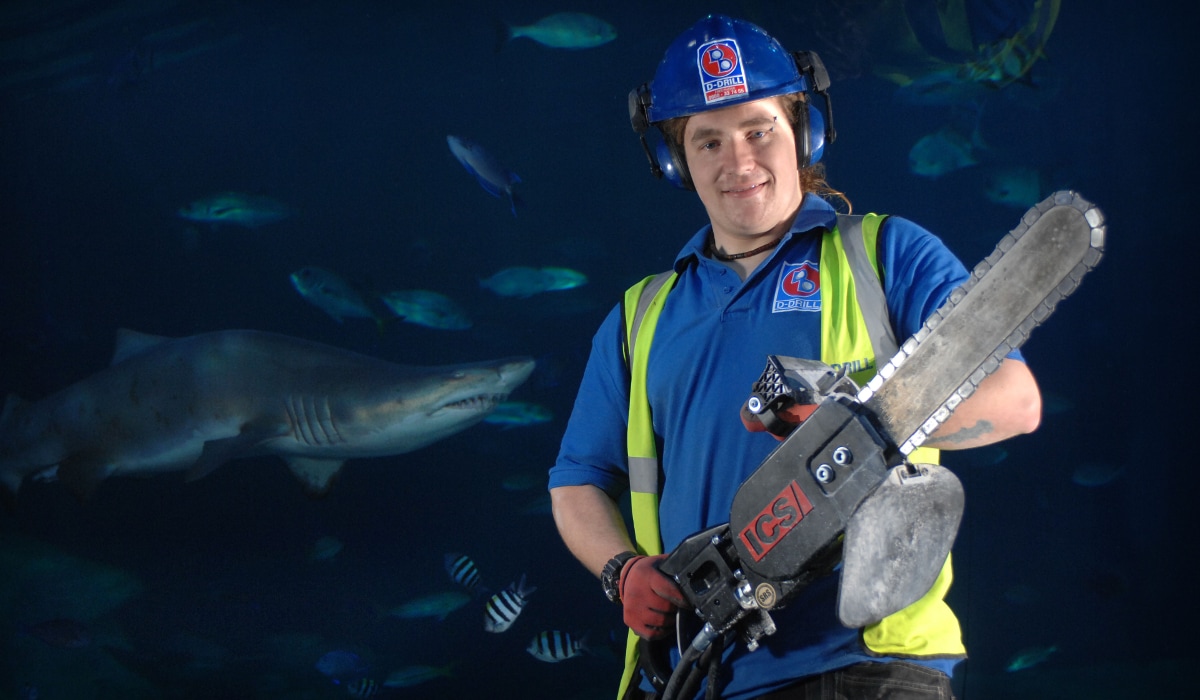 James Wright, of the National Marine Aquarium, said the fearsome creatures in the tank would have become very distressed by loud drilling. "It's vital we don't upset the animals, particularly the sharks, as they can bolt," he said. "They normally swim quite slowly and appear quite sluggish but when they go, they certainly move quickly and when doing this they could collide with each other or objects in the exhibit which could cause injury. Our highest priority is the standard of care that animals at the aquarium receive, which is always an important consideration for us."

"We would have usually used a drill or breaker to remove the wall but, because we had been asked not to disturb the sharks and other animals in the tank, we looked for the best possible method," he said.

"Sharks, we were told, could become very spooked by loud noise, and particularly by vibration, so our priority was to carry out the work without distressing them. Nobody wants to upset a shark – even if it is inside a tank!" 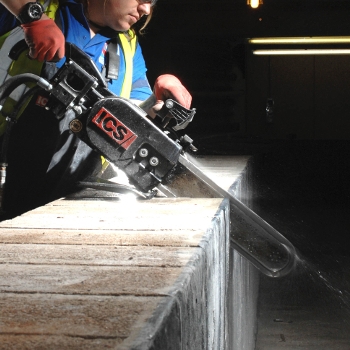 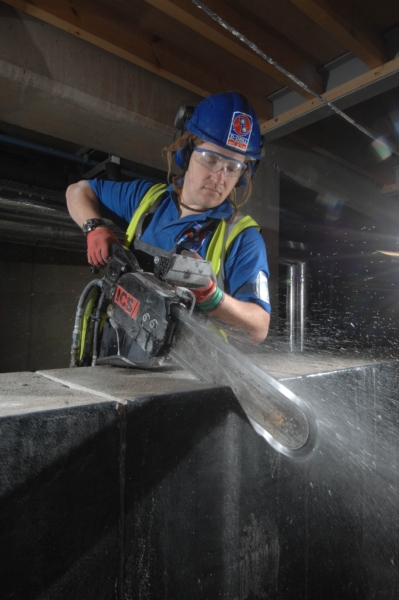 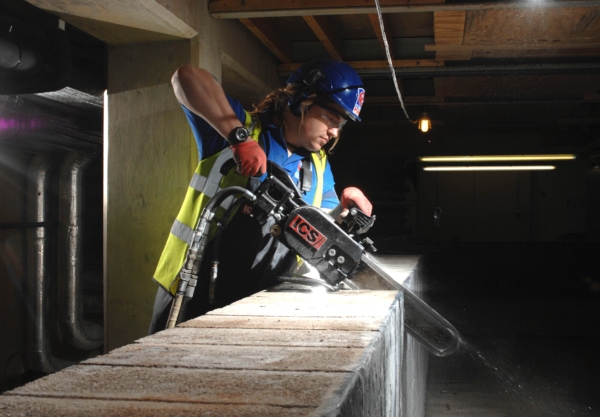 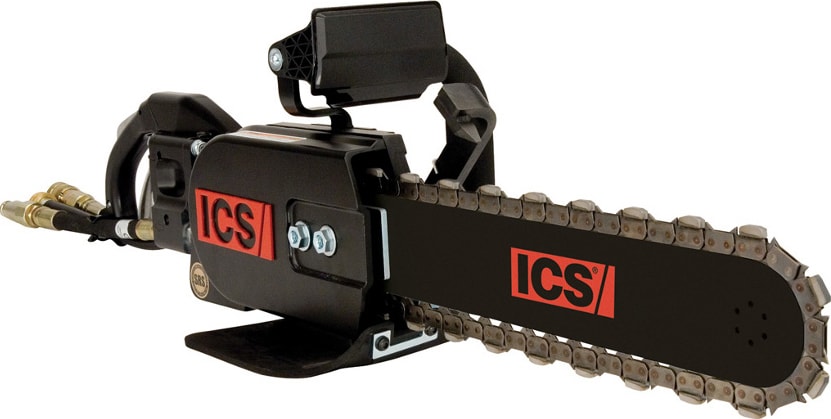 ICS 890F4 diamond chainsaw is the largest saw in the range with the ability to cut upto 63cm deep in concrete, including reinforced concrete, natural stone and thick masonry walls.
The ICS 890F4 diamond chainsaw is the ideal choice for professional concrete cutters, specialist builders and the utility industry. The 890 saw has a quiet, smooth and service free hydraulic motor with a rugged body plus an easy to change drive sprocket, making it engineered to stand up to the toughest of jobs.

Available with different length guidebar and chains to give 25cm, 38cm, 50cm and even upto 63cm depth of cut using the superior Force4 diamond chains or the Crosslink diamond chains with one suitable for every application. Whether it is for modifying lift shafts, altering buildings or cutting concrete sewer culverts the ICS890 and the ICS diamond chains are the best solution for the construction and utility industry.